The Combined Federal Campaign of Arizona allows federal employees to sign up for payroll deductions to the participating charity of their choice. If you are or know of a federal employee or member of our armed forces, we urge you to join the CFC to support the Humane Society of Yuma's year round work of taking care of Yuma's homeless animals.

This year marks the 55th anniversary of the CFC, which was created by an executive order issued by President Kennedy in 1961. Today, the CFC is the world's largest and most successful annual workplace charity campaign, with more than 200 CFC campaigns throughout the country and internationally. Pledges made by federal civilian, postal and military donors during the campaign season (September 1st to December 15th) support eligible non-profit organizations throughout the world.

Speak with your payroll officer or H.R. Department today and tell that the Humane Society of Yuma (Code #47992) sent you! 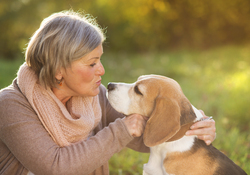