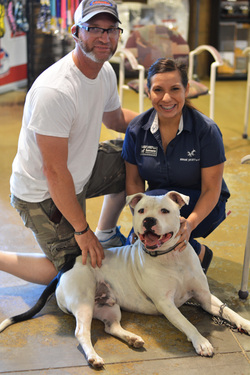 Mr Daniel Morin a Truck Driver who is not from the area was in town picking up a load with his travel partner a pit bull named Duke, Daniel was letting Duke go to the bathroom when Duke ran off because of a jet flying over head startled him.

Daniel did everything he was supposed to do, calling animal control and coming to the shelter to see if Duke had been picked up yet. Daniel eagerly wanted to go and look for his dog himself but was unable to because he was only in a big rig and wouldn't be able to maneuver around very easily. Daniel was in our lobby patiently waiting to get any word about Duke's whereabouts and was asking if anyone would be able to drive him around to help find his dog that he was sure would still be in the area. So one of the Humane Society of Yuma staff members told Daniel that he would take him and see if they could find his dog in the area that he ran away from. Well it didn't take long for them to return with one happy owner and a very happy dog, everyone at the shelter was amazed that they found Duke in such a short time and were so happy that we could reunite these two so quickly. Our staff here at the shelter go above and beyond to try and reunite pets with owners and to also save as many lives as possible and this is just one of those amazing success stories. We are very happy to see Daniel and Duke together and now they can get back on the road again! 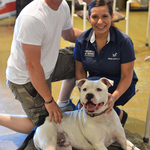 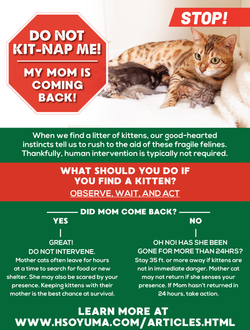